Recently our hallmark application with the The Goldsmiths’ Company Assay Office has been approved and out sponsor’s mark has been registered for next 10 years.

The Goldsmiths’ Company Assay Office is the oldest Assay Office in UK and has been hallmarking jewellery since 1300s when Edward I of England passed a law requiring any item made of silver, which was offered for sale to be at least of equal quality as that of the coin of the realm (silver currency). (see more on wikipedia).

Most of products are sold with manufacturer’s mark of my Father’s company and we will be transitioning slowly to our own – to build a foundation that hopefully will last for hundreds of years from now.

And we do it all because at Harry Fay quality matters!

Amber was always considered as a mystical stone and people were interested in how the amber was created. Ancient Greeks and Romans believed that it was a magical stone, due to the amber’s electrostatic power. In ancient time people were burred with amber amulets as a form of the protection in their afterlife. To early Christians, amber was a presence of God. Chinese believed that amber is a heart and soul of a tiger. When tiger dies, its soul reappears on earth as amber, looking exactly like its heart. That’s why amber is a symbol of tiger’s courage, dignity and prestige.

The Greek myth about Phaeton

This is a legend about love and such a strong grieve that created something beautiful out of it. According to Greek myth, Phaeton was the son of the nymph Clymene and Helios. One day he learned that he was a son of god and, as he wasn’t convinced about it, he decided to travel east to the magnificent palace of the Sun to meet his father. As a proof of his fatherhood, Helios promised to let him drive the gold chariot of the sun across the sky, even if he known that it was too risky for mortal to guide the horses through the journey.

All Helios doubts become true, when horses felt the chariot was lighter than normal and rushed out of their usual course, rapidly across the sky and then down close to the earth. When they almost reach the ground, chaos came and the earth started to burn and sea started to shrank up. Helios had to destroyed the cause of this complete disorder and thrown a thunderbolt on his son.

Phaeton felt straight to the river Eridanus and was greatly mourned by his sisters, the Heliades, so much, that they were turned into the poplar trees and their tears was dropping to the river and became amber.

A tale about beautiful goddess Jurate and mortal fisherman Kastytis

There are more legends about this beautiful stone, one of them is a Baltic story about pretty goddess Jurate who was ruling the sea and over every sea creatures, living underneath in her spectacular amber castle.

A young but poor fisherman Kastytis was living along Baltic sea coast, and often was catching lot of fish, disturbing the peace of the sea and Jurate’s castle. That made a princess furious and she decided to put a stop to it and to punish Kastytis. But once she saw him, she suddenly felt in love, finding this young fisherman very handsome and courageous. So she took him to her beautiful amber castle, where they had happy times together.

Their happiness was destroyed when Perkūnas, a thunder-god, found out that his immortal daughter lives with mere mortal, when she was promised as a wife to Patrimpas, a god of water. Perukunas was so furious, that he thrown a thunderbolt on the amber castle, breaking it in crumbs and killed Kastytis. As a punishment, Jurate was chained to a rock underwater. Every time she cries and wipes for Kastytis, small amber teardrops appear on the Baltic shores.

Baltic Amber is believed to possess therapeutic and medicinal powers, providing a great pain relief. Its warm colour gives an unforgettable charm, and a relaxing scent when you warm it in your hands. Baltic Amber was used as a material for personal ornaments since Palaeolithic times, first as simple amulets and talismans worn for protection, and over the years it has become more sophisticated and beautiful form of jewellery.

No animals were harmed during the making of our silver jewellery!

We care. This simple statement is very deeply engraved in everything we do. We work hard to give you the best service and best products we can, because we think the world of you!

And when we sit in the evening to relax we like to think about the smiles that our products bring to your home. I may be getting sentimental, but that’s exactly what I’m doing now.

And yes, our jewellery was not tested on animals (they run too fast ;)! 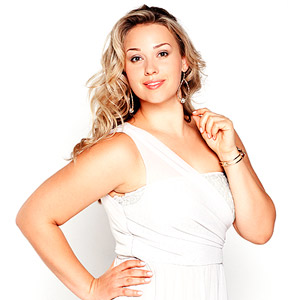 I’m a bit bigger person. Not morbidly, but enough to be outside most shops ideal size. I wish I have never felt the frustration of trying new cloths or rings and hearing that they do not stock my size. Thanks for reminding me…

That’s why we decided (not without a resistance from older jewellers) to offer all sizes of the rings – from G to Z+3. Most of our designs were prepared in such way, that we can resize them to any size for your order. Yes, you read it correctly – when you order we will make your ring as you like it – whenever you need small or plus size ring (or even if you want the one in the middle).

Also we have chosen not to charge more for larger rings. It’s just our way of making your day just a bit nicer.

ps. if you need to check your ring size see our Ring Size Guide page.

If you are w jewellery designer this new year will be great for you! With economy on the rise people get their confidence back and are much quicker to reach for the credit card than they did in last couple of years. And you, as a jewellery designer, should be on a mission to help them the best they can in return.

In Harry Fay we decided to start collaborating with other jewellery designers this year. It doesn’t matter if you are just beginning your adventure with silver and gold or you showcased your pieces all around a world – we would like to hear from you. We will share our expertise of the years on the line to discuss your designs, validate manufacturing feasibility and the way to introduce your own jewellery pieces to a worldwide market.

If you have a stack of pencil scratches, 3d cad drawings, photos of wax models or even finished silver product – please contact us at marcin (at) harryfay.co.uk.

I’ve been asked many times why do we choose to work mostly with sterling silver and why we decided to maintain classical style of our rings. Here is my answer.

The rings and necklaces can house some of the most beautiful and precious stones such as sapphire with its deep royal blue and cubic zirconia that is available in a variety of colors. Sterling silver jewellery is not only a representation of fine craftsmanship, beauty, and high-fashion; but the metal is highly regarded for its health benefits and its hypoallergenic characteristics.

Aside from its beauty and health benefits; silver rings and necklaces are very affordable in comparison to gold and other metals. Additionally, the silver content is high in these pieces of jewellery which means they contain a greater degree of purity than equivalent gold pieces in the same price range.

Also, a silver ring or a silver necklace is so neutral in tone that they can be worn with just about anything and for any occasion. It would be a near impossible feat to find an outfit that silver does not complement. Interestingly, the neutrality of silver also means that it complements any skin tone.

Christmas is a busy time for us with tens of orders, post office rush and christmas party planning. Ah, what a wonderful time!

For some unknown reason this is also a time when the best ideas comes to us. New designs, new offers and new ways of making a world a little bit happier and sparkier. And the best way to do it is to create even more amazing products 🙂

To do so we started experimenting with a new way of designing our jewellery using computers and CAD programs. I have reviewed many available Jewellery CAD solutions and selected RhinoGold from TDM Solutions for our internal trial. It’s not cheap, but those guys know what they are doing. The application contains vast database of stone models – great time saver!

First day of trials gave us some important information:

Next steps will be to improve our computer skills and investigate a 3d printer. 2014 will be an exciting year!